Whether you have a brother by blood or by choice, we all know how special a brother is in our lives.

Brothers are those whom we relate to on a deeply personal level, looking out for one another and supporting each other.

The songs on this list cover a lot of things you could say to a brother, some are from the perspective of a big brother, some from a little brother, and some are for friends who are like brothers.

Regardless, if you’ve been looking for a song to play for someone whom you love like a brother, you should find it in this list.

I’ve avoided the corny ones, but be warned, there are songs here that will leave a lump in your throat depending on your situation. Either way, enjoy.

This song will likely make you cry. The song itself is beautiful, but when you pair it with the music video…

The song is about the kind of brotherly love where you have each other’s backs, no matter what.

Even death doesn’t separate the bond between brothers, and we’d give up our own lives to save our brother if we could.

This song speaks of real closeness, so it’s on the list first.

Hey Brother is a song all about one brother giving advice to another.

The song was written by Avicii but was created with American bluegrass singer Dan Tyminski as the vocalist, along with other musicians.

Baby brother is quite an interesting sound, but like many of the songs on this list, it has a lot to do with a sister who misses her younger brother.

She’s watching his life go astray and watching him struggle and making observations about how his life has become difficult, noticing how he turns to alcohol to ease the misery of his minimum wage job.

I wouldn’t say this is a song you could play for your little brother to illustrate how you feel he’s gotten off track, but it’s a good song to relate to.

At the end of the day, our despair for the suffering of a loved an emotion that can only exist due to our bond with them.

This song has some real attitude to it and it’s quite a catchy bit of British rock.

The story in this song is about a younger brother who just discovered rock and roll and is going over the edge while enjoying the message of rock n roll.

This is something you can only understand when you have grown up with a little brother, seeing him grow and change is a really cool experience, even if it’s growing into a bit of mischief.

This song is a bit of a gut punch. It covers a story about a miscarried baby brother that the singer never got to know.

It’s a bit heartbreaking to consider that kind of loss, and luckily the black keys aren’t some overly emotional, raw piano band because that would have made this a real tear-jerker.

The way the music is presented makes it easier to listen to without crying, but the message in itself will have you thinking for a while.

This song is pretty straightforward in its meaning.

It’s about a pair of twins, and the first verse details that it’s the dead of winter and the one twin is sickly, with “ragged breathing” as he lies on his deathbed.

The song continues on to describe the sick brother’s passing and subsequent ghostly rising from his bed.

He leads his brother out into the forest and says to him “don’t worry about me, I’m where I’m supposed to be.”

It seems like a writer’s attempt to deal with the loss of a twin sibling and to find reconciliation in the belief that they’re at peace in the afterlife.

The song ends by saying “I’ll wear this face for the both of us.”

The second song on Marvin Gaye’s “What’s Going On” album, tells a story of a soldier coming back to the United States after fighting in Vietnam and the adjustments to a  new culture that he has to make.

This track was actually inspired by Gaye’s brother Frankie, who spent three years serving in Vietnam

8. Brothers on a Hotel Bed – Death Cab For Cutie

Brothers in a hotel bed is about two people that have grown apart over time.

Brothers in the sense that their relationship is platonic in nature, but as they’ve grown, they’ve become strangers.

It’s a beautiful and relaxing melody, with somewhat of a sad atmosphere to it.

The song is typical of the sound of Death Cab for Cutie, with the melody being in a major mode, with somewhat of a melancholic feel.

Originally an outtake from the band’s debut “Ten” Album.

At first, Brother was just an instrumental song, but later the song appeared on the 2009 Ten reissues.

Eddie Vedder explained that the song was about the concept of George Orwell’s “big brother.”

Does to me isn’t fully a song about brothers, but Luke Combs makes a statement about what brothers do in this song, and it’s quite beautifully said and so I found it worth mentioning this song.

I won’t say exactly what he sings, but it’s a beautiful line.

This song was written about a guy returning to a small town in Texas who’s been disabled by the Vietnam war.

On arrival, people give him unwanted attention, but he just wants to get back to simple living, the way he did before the war.

To escape the situation, he leaves the country.

This song is also sung from the perspective of the younger brother.

The closing track on their fifth studio album, sharing the same name. Brothers in Arms was written during the Falklands War and is described by some as an anti-war song.

The song was recorded a second time in 2007 for the 25th anniversary of the war in order to raise funds for the British veterans who he said: “are still suffering from the effects of that conflict.”

Such a lovely song about love between a brother and sister. This song seems to be about a sister missing her brother who she never sees anymore.

If you’re wondering about the genre before you listen, the song is very electro-pop in its composition.

The lyrics go on to sing about supporting one another despite possibly growing apart through time.

“The Mother We Share” is the debut single of Scottish synth-pop band Chvrches, from their debut studio album, The Bones of What You Believe.

The song, while mentioning relations, isn’t explicitly about family, according to the band’s front woman, Lauren Mayberry.

15. Over You – Miranda Lambert

Over You is a song co-written and recorded by Miranda Lambert and Blake Shelton about a personal experience Shelton had as a teenager when his older brother was killed in a car accident.

Shelton said he couldn’t record the song for himself or sing it onstage every night, but he stated that he would be honored for Lambert to sing them.

Depending on who you ask, this is either an amazing song with a raw meaning to its lyrics or a boring song with uninspired cliche lyrics. 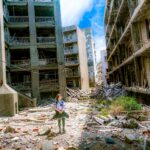