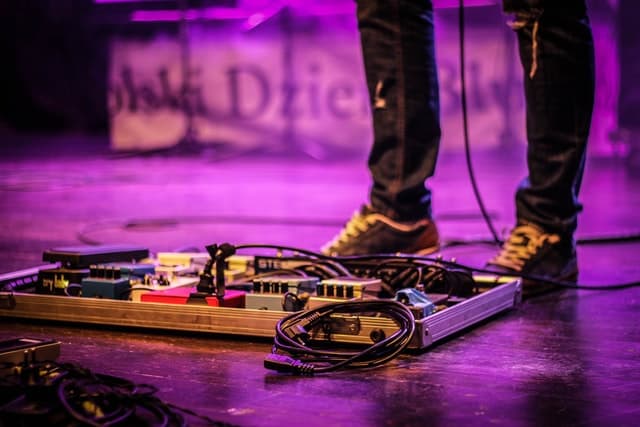 As we’ve mentioned before on this site, effects pedals have come a long way from their brethren from the 1970s and 1980s, bringing wonderful new options, including the tap tempo!

This wonderful function allows players to dial in Edge-Esque delays of glory, regardless of the song’s tempo, and without twisting knobs!

Tap tempos offer a quick and easy way to get your effects synchronized to the tempo of the song you’re playing. It is also more accurate than turning knobs on your pedals and hoping for the best.

So, put on your tapping shoes, and let’s get in sync!

What is “Tap Tempo” on a guitar pedal?

Tap tempo buttons allow you to synchronize certain parameters of a pedal in time with the music.

Most often it would be the timing of the repeats on a delay pedal or the rate function of a modulation pedal.

This function is usually accessed via a separate footswitch on a guitar pedal.

Many pedals will have this integrated into their design (such as the Strymon Timeline for delay times, or the Keeley Verb-o-trem Workstation for the modulation rate), while others like the TC Electronic Flashback II will require that you add a separate tap tempo switch to the pedal via 1/4” jack.

While this might not be a big deal for some players, purchasing a separate footswitch does mean an additional expense.

Some pedals also have a different take on the tap tempo and use a “strum to sync” function, such as the original TC Electronic Flashback. For this, you would hold down the switch on the pedal for a certain time, then strum the tempo into the pedal in time with the music.

While this does mean there is no separate switch, the signal does cut out for this feature, making it impractical for setting tempos during a song (you’d have to do it before the song starts).

How to use the tap tempo function on a pedal?

To use a tap tempo could not be simpler! All you need to do is step on the “tap” button of your pedal a few times, in time with the music, and usually on the quarter note pulse (though you can also go faster, or slower, but always best in time).

What this will do is set the delay time/modulation rate/whatever parameter is assigned in time with the music, synchronizing everything.

Many delay pedals, such as the TC Electronic Flashback and the Boss DD-200, also allow you to set the subdivision of the repeats (quarter notes, dotted 8th notes, or both).

Tapping in time with the music will make sure that those subdivisions are also in time. This means that you’ll be sounding like The Edge with minimal fuss!

Why would a guitar pedal have a tap tempo function?

The tap tempo function comes in handy if you’re the type of player who needs their delay or modulation to be synced up to every song.

It is practical and quick and only requires that you tap your foot to the beat.

The alternative would be to find the tempos you need on the knob and mark them on the pedal. However, if tempos fluctuate, you’ll have a harder time keeping your effect in sync.

A few quick taps and you’re back on track!

Kinds of pedals that usually come with tap tempo functionality

The most common type of pedal that you will see a tap tempo on would be a delay pedal, allowing you to adjust the delay time on the fly.

You will often see this on digital delay pedals such as the Strymon Timeline, Boss DD-200, and the TC Electronic Flashback x4.

Also, there are also a number of analog delays that have been able to add this feature to their pedals, such as the MXR Carbon Copy Deluxe, the Way Huge Supa-Puss, and the Jam Pedals Delay Llama Xtreme.

This advancement allows fans of analog delay pedals to take advantage of a function generally reserved for their digital counterparts.

The tap tempo function definitely offers a quick and convenient way to get your effects synchronized with the music.

It’s definitely easier than marking delay times on a pedal, especially if you’re playing multiple songs (that would be a lot of marks!)

Tap tempo will get you the closest to the song’s tempo since you’re taping along to the beat.

While solutions do exist to get you as close as possible (ie. marking up your pedal) without it, for those who want to be precise, best to tap your way there! 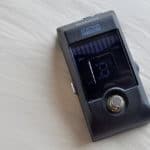 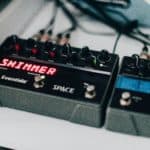 Can You Use Electric Guitar Pedals for Acoustic? 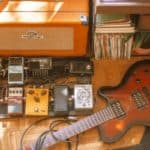 What Are “Always-On” Guitar Pedals? 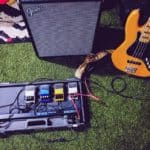 Can You Use Bass Pedals for Guitar?