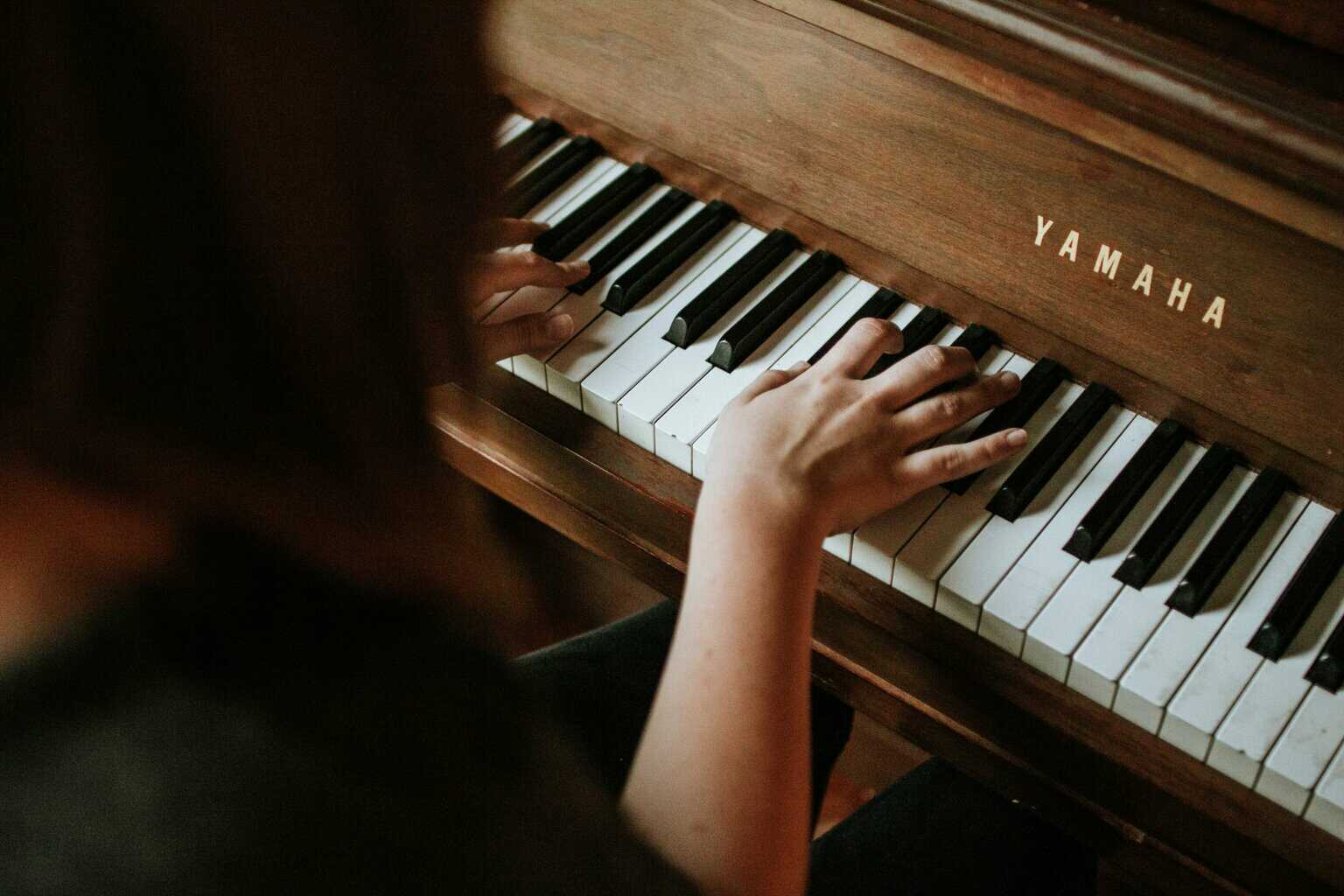 Chords help create the structure of a song.

They guide throughout the different sections of a tune and define the overall mood.

However, not every chord creates wonderful results.

In fact, low chords sound really muddy. They may even ruin your compositions if you play them.

But why does this happen?

Low chords sound bad because of the overtones. The lower the notes, the more overtones it creates. This leads to a rather muddy sound that the human ear cannot find pleasant. Higher notes have fewer perceived overtones, so that’s why they sound better.

Let’s dig deeper into this topic.

You will learn how to avoid such issues with certain alternatives.

Why do chords played in a low register sound out of tune?

In order to answer this, we need to define two concepts.

Second, what an overtone is.

Let’s begin with the first one.

Now, let’s suppose there’s a sound that produces anything either above or below such hearing range.

This means that our ears will be unable to perceive it.

Now let’s move to the overtones.

An overtone is the natural part of any pitch heard when it is sounded.

They are all pitches higher than the lowest pitch of a specific sound.

In other words, every pitch that we hear has even more pitches within it.

For example, when we play the A note at 55Hz (a really low note), we are not hearing just that note, but also every overtone that comes with it and that it falls within our hearing range.

So, if the A note is at 55hz (remember that the lowest human hearing range is 20Hz), then it will produce many overtones at higher Hertz.

To sum it up, when a note is played, most of what we hear is in fact the overtone of that note.

There are lots of low notes producing lots of overtones simultaneously. Thus, leading to a muddy perception of them.

Do low chords sound bad on all instruments?

It is not a matter of the instrument itself, but rather of how pitches are perceived and/or created.

Naturally, we feel more attracted to higher chords, that’s it.

However, it is worth pointing out how certain instruments could sound “better” than others when playing low notes.

For example, upright pianos undergo some disharmony in the low ranges. Every note will sound muddy, as a matter of fact.

On the other hand, a clean guitar can still sound relatively okay with low chords.

This applies to voice choirs as well.

“Pure” sound waves as sine waves that can be easily crafted with a synth are way “cleaner” in their harmonic composition so they always sound good when combined at any register.

Is there a way of making low chords sound better?

Moving to higher octaves is a good idea to get better low chords.

You should space out the many voices of the chords as much as you can.

This way, you are avoiding a cluster of notes.

Also, you could rely on implied chords or double stops.

Both implied chords are double stops are not actually chords since they use only two notes.

You need to play three notes simultaneously for it to be considered a chord.

However, they create a chord-like impression when they are played.

After all, implied chords are called that way because they “imply” the full chord despite being incomplete.

Therefore, they could reduce the muddiness of your chords.

What are harmonics and how do they affect chords?

A fundamental pitch is produced every time you play an instrument.

This is the pitch followed by a series of other frequencies. Those frequencies, however, are perceived as a single tone.

So, what’s a harmonic? It’s the name given to the frequencies coming after the fundamental pitch.

We talked about this when we explained overtones.

In fact, the terms overtone and harmonics are used interchangeably most of the time.

There are exceptions, though. Some instruments produce overtones that aren’t harmonic.

This is not to exhaust you with information. Rather, it’s just an important aspect that has to be considered.

The thing with chords is that overtones will be present no matter what. They are just physical phenomena that can be described as recursive mathematical functions.

The boundary for this event is human perception. As simple as that.

When you hear a chord, you might think of it as, say, only 3 notes, but actually, your ear is making sense of those 3 fundamental tones and a long chain of overtones that comprise them.

The lower you go within the human hearing range for the fundamental tones, the longer the chain of harmonics following them lies below the upper limit of what we can recognize.

And as you can infer, the longer that chain is, the more frequencies there are to clash with each other and to muddy the overall sound.

The best alternative would be to spread harmony among the rest of the instruments.

If you play in a band, then leave the lowest pitches to the bass guitar.

The rest of the chords can be done with other instruments.

For instance, if the bass plays a C and the guitar plays an Em, you would get a Cmaj7.

Another thing to consider is playing the already mentioned double-stops and/or implied chords, instead of a real chord.

Avoid playing the root, its third, and its fifth together. Leave just the root note and choose either one or the other.

Although it is not the norm, you can create entire songs using them. 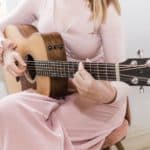 Why You Should Mute the 6th String on Some Chords? 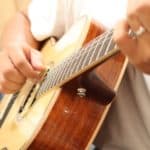 What Are Cowboy Chords on Guitar? 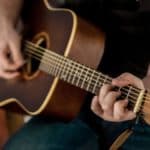 How Many Chords Do You Need to Know in the Guitar? 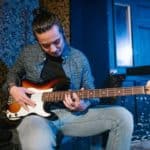