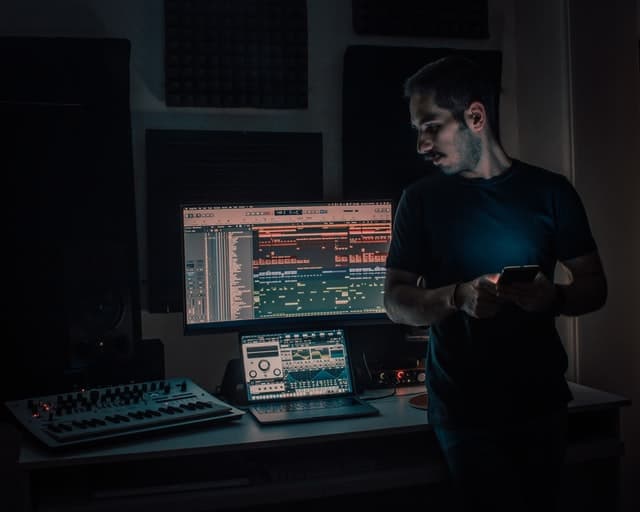 For a long time, musicians have looked down on the Ipad as a tool for music, but it’s worth keeping an open mind if you’re new to music and are wondering what sort of tools you’ll need to accompany you and your guitar.

It largely depends on your goals as a musician and what your workspace looks like.

So which one should you get?

If you want portability and convenient size, an Ipad will probably suit you, if you want maximum functionality, you should go with a Laptop.

Technology is making everything so much easier. It’s a great tool, and especially great for musicians.

Whether you’re learning or recording, having a good setup is instrumental (pun intended) in making being the best musician you can be as easy as possible.

The question we want to ask today, is which is better for a musician, a laptop or an Ipad?

But let’s start with why you even need tech in the first place.

Music software is quite convenient, thanks to its visual interfaces, but the backbone of music production, recording, and learning on most music software comes down to their digital audio workstations (DAWs).

This is music production software that allows users to record audio conveniently. DAWs work on both laptops and Ipads.

VST and similar technologies use digital interfaces to serve the same purpose that effects units do in physical studios (EQ, reverb, etc.) Some VSTs are designed to let you monitor visual feedback (such as input signal), in which case they do not process the audio.

VSTs are great because they allow a lot of the functionality of a real studio without the need for all the expensive equipment.

There are myriad songwriting and audio production software out there.

Thanks to all the available songwriting tools we have at our fingertips today, songwriting and composition have never been easier. While our instruments remain physical, everything we use to work with them has become digitized.

You can write music and play it back in real-time, layering melodies as you go and making changes on the fly.

Almost every DAW these days comes with a library of tools to help you learn and if you can’t find built-in learning, there’s often a community or forum with many of the answers you need.

Below are some great learning programs for musicians:

If you’re interested in learning to compose music or create your own songs, you can also check out:

Ipad for musicians, is it a good choice?

A lot of musicians used to look down on the Ipad as a device for music production, but it’s steadily been growing into a viable tool for industry-standard music production. Ipads come with their setbacks when compared to a laptop, but they also have advantages.

The main thing to remember is that an Ipad is not a laptop and you can’t use them in the same way. They’re both completely different workflows.

Laptop for musicians, is it worth it?

Laptops or desktops are usually the go-to when it comes to home studio software and recording.

What to consider when getting a laptop

If you’re going to get a laptop for music production, there are some specs you’ll need to take into consideration (you don’t want to fork out for a laptop and find that it’s crippled by bad hardware choices).

You should consider your desired level and frequency of use for a laptop. Are you going to play around with sketching tunes for fun once in a while or do you plan on putting in some serious work to create industry-level music?

There’s a good chance you end up going deeper than you intended to so it’s not a bad idea to think about buying a laptop that you can grow into. That means maxing out the specs if possible.

Things to look at:

The CPU: You want to make sure your laptop has a powerful enough CPU to handle the heavy work of music production.

RAM: Random Access Memory (that’s what it stands for…) holds the information a computer needs, like the data in an application, in a short-term space so it can be quickly accessed. RAM is especially important for music production if you plan on having multi-track recordings.

Storage: When it comes to storage, we are referring to your computer’s hard drive. You get two kinds of drives, the older kind which is a moving parts drive called HDD, and the newer kind called SSD. I recommend making sure you get a laptop with an SSD for a few reasons.

For one, SSDs are more durable and less energy-intensive on your laptop, and for two, they are faster. Your Laptop’s RAM and Hardrive work in tandem, and having a faster drive means your ram won’t be held back.

Desktops are an obvious alternative. They’re less pricy than a laptop with the same specs and are more modular, meaning it’s easier to upgrade and maintain them. They do have the drawback of not being portable though.

However, the greater storage and processor strength more than compensates for any drawbacks.

Phones: Lately, the phone trend is huge storage space and now the average mid to high-end phone comes with around 60-100GBs of built-in memory.

Phones are also constantly being developed with more and more powerful processors, to the point where you can even play graphically demanding video games on them these days. Phones also come with microphones built-in and some are quite high quality.

I used to use my phone to record acoustic songs in the past and I still do now when I don’t feel like setting up my laptop and recording equipment.

Which one should you get?

It depends on your goals:

In the end, it comes down to preference and while I might like to use a laptop for music creation, that may simply be because I haven’t spent a lot of time trying it out on an iPad/tablet.

It might be a completely opposite experience for you.

One important thing to note is that regardless of the device you choose, all music software comes with a learning curve and you’ll mainly be limited by your own skill and knowledge or lack thereof.

No matter which you choose, choose to learn it well.

If you want to make a home studio, here’s a great video on the gear you’ll need: 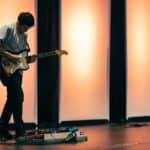 Why Do Guitarists Not Use Amps Anymore? 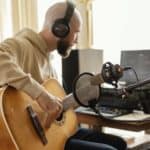 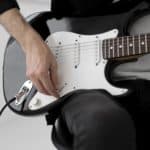 7 Ways to Learn Guitar Without Classes 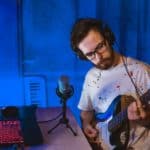 Why Do You Play Worse When Recording?