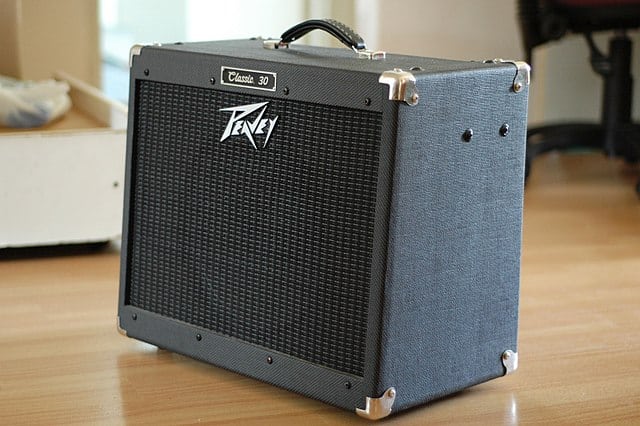 Tube amps are loud monsters. We all know that.

But what if I told you there’s a way to tame these beasts?

In many modern tube amps, just the flick of a switch on their backs will cut its power output in half, or even reduce it further.

But how does this sorcery work? And ultimately is it safe for the amp to run it this way?

Half power switches on guitar amps, and mainly on tube amps, work by simply turning off half of the valves or by reducing their efficiency. This is a very useful feature for bedroom players that want to achieve the best tones available on their amps but at bedroom acceptable levels of loudness.

In this article, I will go in-depth about how half-power switches work on tube amps. I will explain this without getting too technical, and in a way that everybody could understand it.

After leaving this page, you will have a clear notion of how half-power switches work, and how to take the most out of your amp at home.

What are amp half power switches?

Half power switches are a small control that’s included in the back of many modern amps intended to be played at home as well as in loud gigs.

As its name implies they simply reduce the output power of an amp in half, or in some cases, into even smaller fractions.

What’s the point of amp half power switches?

Having the ability to reduce the total output power of your amp is very useful, especially for tube amps where you get a big part of their sound just by pushing their power stage to the limit.

You could imagine that at full power, getting the power stage to saturate will likely deafen most human beings nearby. Especially if you are playing in a small room.

To still allow you to get the sweet tone of a saturated amp, but at more manageable home volumes, half power switches just make your amp less efficient and allow you to get it to the limit earlier in terms of loudness.

How do half power switches work?

As a preface to this explanation, I’d like to lay down that this is a website geared (pun intended) towards the aficionado, and I usually take the liberty of explaining things in a very simple manner, that might misrepresent how they actually work in reality, just for the purpose of getting the idea across.

If you are hungry for a very detailed and technically correct explanation about this topic, I’m sure there are better places where you could find it.

Half-power switches work in different ways depending on the type of amp, but they all aim to achieve the same goal.

For solid state amps, power reduction switches generally go in halving steps and you can think about them as a switchable attenuator after the preamp.

For tube amps, there are 2 common approaches for achieving the desired power reduction:

Is a half power switch the same as removing output tubes?

In a way, half power switches are like removing output tubes, but this analogy can only be true for 4 power tube amps.

Switching off 2 valves is, perhaps more practical, but not that much different than removing them.

And removing tubes from the power stage of an amp is a common practice that probably preceded and inspired the advent of these switches.

For 2 power tube amps, removing a valve will just not work, and that’s why there are other ways around it that rely on reducing the efficiency in which they work, instead of yanking out one of them.

Is it bad for an amp to always run it at half power?

There’s nothing wrong with running your amp constantly at half power.

Amps are tougher than you think, and as long as you take proper care of them, it’s unlikely that anything bad would happen, out of the ordinary.

Because, you know that tubes have a finite lifespan, right?

Learn more about it here:

What comes to my mind, is that if you are using a 4-tube amp at half power, there are 2 tubes that will take no wear at all due that they are turned off constantly.

This is not a bad thing per se, because if you ever get to a point where the other 2 tubes need to be replaced, you could probably swap them over.

Do all amps have half power switches?

Unfortunately, not all amps have half power switches, and this option is a rather modern quality of life upgrade that you will find most commonly on amps from the last decades.

It’s funny to think that valve technology is such an old-forgotten alternative in many other technological applications, but for us guitarists, it is the most desired one.

And what’s also funny is that a simple advancement such as the ability to switch off certain tubes or reduce their efficiency is considered a “modern” thing that took years for manufacturers to figure out, or at least consider necessary.

If you are learning about half power switches on amps, chances are you are considering different ways of practicing guitar quietly at home.

In the following article, you will find a lot of ideas and alternatives on how to maintain your guitar practice routine at home without having to fist fight your neighbors on a daily basis.

Take a look at it here: 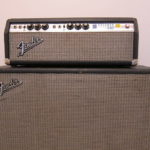 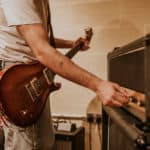 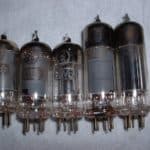 Preamp Tubes vs Power Tubes: Which Are More Important? 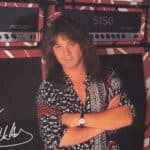