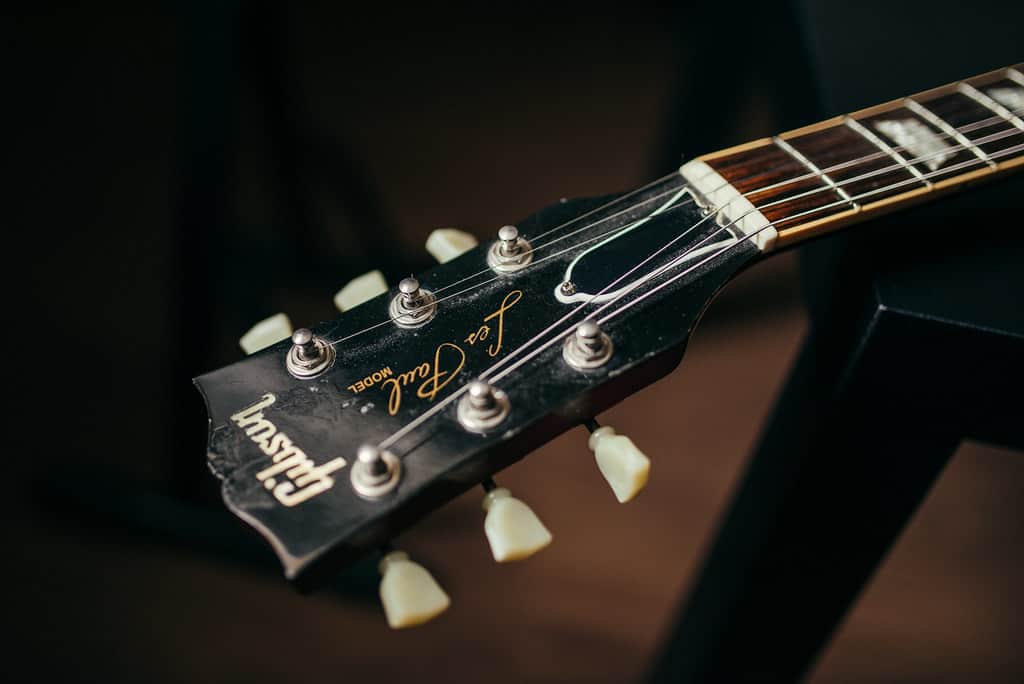 Guitars come in many different materials and shapes, and this is not always a matter of aesthetics or economics.

The headstock of a guitar is commonly used by manufacturers to balance the instrument so its weight is distributed in a comfortable manner.

Also, here is where the tunning machines are attached and one of the 2 points where strings are fixed.

Many players argue, in addition, that the shape and mass of a guitar’s headstock has a big impact on its final tone

But is this true? Here is a short answer:

The shape of a guitar’s headstock has little impact on the overall tone of the instrument. There are more influential factors as tonewoods and pickups that have a deeper impact on the sound. However, headstock size and mass determine string break angle and the layout of dead spots across the fretboard.

In this article, for those who want a deeper dive into this topic, I will answer in more detail this last question.

After that, I will talk about the main configurations headstocks come in, and what are the main factors that define them.

Finally, I will give you my conclusions and recommendations about what I think you should take into consideration during the process of picking a new guitar, in relation to its headstock shape.

Does a guitar’s headstock shape affect its tone?

Every single aspect that makes a guitar will have an influence on its tone. The shape and size of the headstock are no exception. However, how much of an effect is to be argued. Mainly, changes in mass from headstock to headstock will probably result in a slightly different overall sound.

String break is another factor to consider when comparing headstock of different sizes. This is the angle at which the strings bend at the nut on its way to the tuners.

A super shallow angle could result in buzzing at the nut and a loss of sustain.

Finally, neck mass has also an impact on dead spots around the neck. These dead spots are places where the neck has noticeable fewer sustain.

A change in neck mass, however, will only mean small shifts for these dead spots.

How much does a guitar’s headstock shape affect its tone?

Quantifying how much a single part of an instrument could affect its overall tone is no easy task, and it would require serious deep scientific research.

The best I can do for you is give you the empirical evidence I could gather from my experience and those of some colleagues.

The headstock shape is hardly a place of concern when choosing among different guitars, or even building one.

Its effect on tone is barely noticeable, if noticeable at all, and you shouldn’t worry about it for anything other than aesthetics.

There are 2 most common overall shapes for headstocks in 6-string guitars. Their names refer to how the tuners are distributed on them.

This headstock design has all the tuners lined up on top and it was popularized by Fender.

3×3 headstocks have existed for centuries and were probably inspired by the layout in violins and other stringed instruments.

Classic guitars use this design, and it was passed to their electric relatives naturally.

Gibson guitars, for example, have this kind of layout on their headstock.

Although changes in overall neck mass and string break angle can have an impact on the instrument’s tone, there is no evidence that a bigger or smaller headstock could have a noticeable effect on tone. The main impact of headstock design is upon aesthetics and brand awareness.

Which are the main factors of a headstock that could affect tone?

Although the effect on tone a headstock can have is limited, there are certain aspects of them that many players claim could be influential factors.

The size of a headstock could make for the break angle of the strings to be shallower, this resulting in buzz near the nut and reduced sustain.

The mass of the headstock has an impact on the overall balance of the neck and its resonance. Also, it defines where the natural dead spots of the fretboard will be located.

The material of the headstock is usually the same as the one of the entire neck. This, of course, has an impact on the overall tone of the guitar. Different neck tonewoods generate alternative “EQs”.

The rigidity of the headstock will have an impact on the overall instrument’s sustain and resonance. However, it’s usually more common to consider the neck as a whole when discussing its influence on this matter.

Whether you are looking for a new guitar or planning on building or having one built, getting to know, at least at a high level how headstock shapes work is, in my opinion, something that will help you make a better informed final decision. 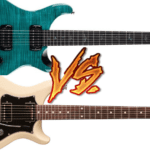 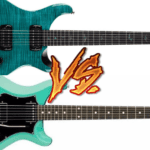 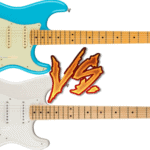 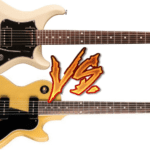