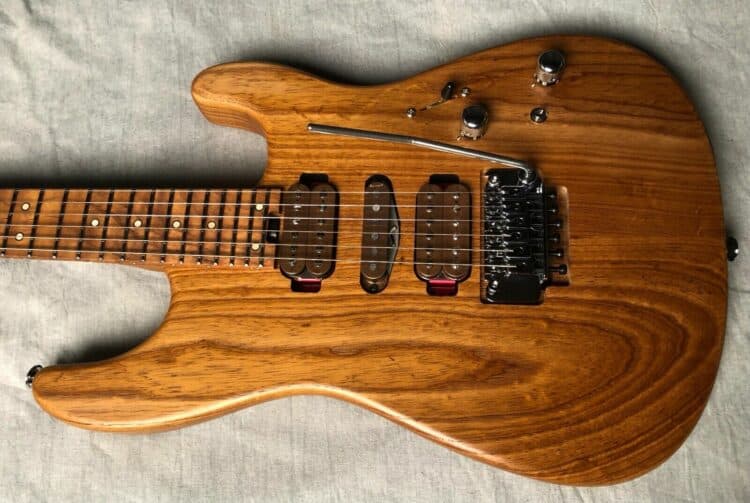 What is a super strat actually?

I think nobody can define it clearly, and that’s the beauty of the concept.

Just any strat-shaped guitar that pushes the envelope in some way towards modernity can be labeled as one.

This is why there are many different Super Strats in the market, and each manufacturer puts its own set of spices in them.

Naturally, the materials with which they construct them are a very important factor of differentiation.

But, with all these variations what is the best wood for a super strat?

Super Strats were born as heavy modded Stratocasters so they took their tonewoods from that model: alder or swamp ash bodies, maple necks, and rosewood fingerboards. As the concept popularized, each manufacturer had its take on them, so they’re built with almost any possible tonewood combination.

In this article, I will discuss everything there is about the different tonewoods used in Super Strats through the years, and why manufacturers might choose one over the others.

After leaving this page, you will have a clear idea about what materials work well for a Super Strat, and why builders tend to have gravitated to a particular set of them over the last decades.

It’s natural then that their original tonewoods are just shared with the model that even gives them their name.

Alder and swamp ash for their bodies, combined with maple, and in some cases rosewood fretboards.

It can’t get better than that.

Actually, it’s just probably that we are used to the sound of this tonewood combination, and that it’s just a cultural staple we can’t escape from.

However, one can argue that Strats and Super Strats tend to sound nothing alike.

So how much do tonewoods influence their sound?

I won’t change teams at this point and claim that it doesn’t matter, but I will argue that one should have a global view of the different parts of a guitar and how they affect their tone.

With time, and as the concept of a Super Strat became more popular and demanded by enthusiasts, the idea became a model itself, and almost every brand nowadays has its unique take on it.

This led to, perhaps, the broadest palette of materials used for a single guitar model (if you could consider the Super Strat as a single mode) among manufacturers.

From the most exotic woods with incredible figures to the cheapest alternatives such as poplar, basswood, cedar, or agathis.

You can find Super Strats with mahogany bodies and figured maple tops, a combination popularized by Gibson, for instance.

There are probably no tonewoods better than others for Super Strats and it mostly is a matter of looks, tone, and the quality of woods at the disposal of the builders.

A completely different scenario from what Fender had to deal with in the early ‘50s when the Stratocaster was first prototyped, and the woods they chose to make it were among the most affordable and easier to come by.

There is no best single wood combination for a Super Strat because the concept allows for great variability between different brands’ takes. Original ones such as the Frankenstrat just were heavily moded Strats so they were built with ash or alder bodies, maple necks, and rosewood fingerboards. 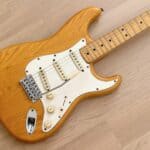 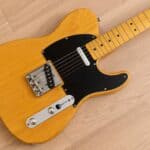 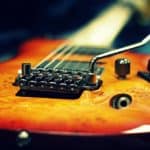 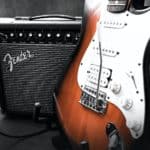 Are HSS Strats Any Good?