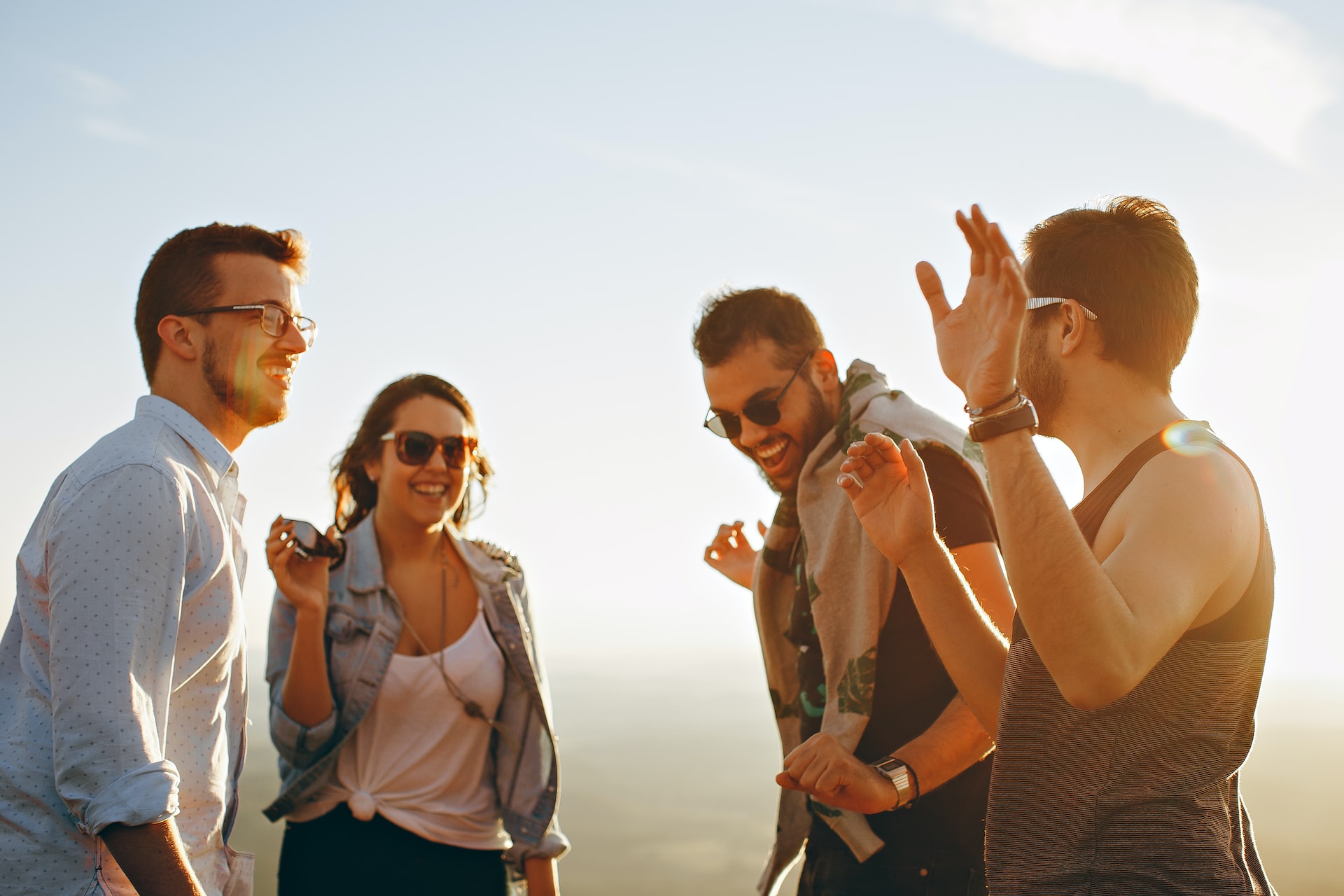 Whether you’re crushing karaoke night or jamming at your caucasian friend’s wedding, these white people’s songs are guaranteed to get your lighter-melanin friends rocking out.

Where else to begin than with “where it began”? This 1969 classic gets white people going from the first second of the song.

The beauty of Sweet Caroline is the fact that very few people know the words to this song’s verses.

Despite its simple narrative, white people are just holding out for that oh-so “Sweet Caroline” and, say it with me, “BUM BUM BUMM”.

Hitting a slightly older age group than the previous two, Home For A Rest is more a dancing white people song than a singing one.

The upbeat pacing only increases as the song goes on and the fiddle is definitely a favorite when white people start to drink.

Wonderwall’s notoriety originates from the early 2000’s “white people play acoustic to get girls” which launched a whole series of memes in the early 2010s.

Today, every white person knows this song either because they’ve heard it in a meme or because the karaoke bar was getting too intense and they needed a slow one that kept the crowd engaged.

As soon as Billy Joel touches the keys, white people perk up to listen to this song – often accompanied with an “oh this song is so good.”

Piano Man is special because it draws people in while slowly building up to a crescendo that white people just eat right up.

The building intensity, both musically and lyrically, all while keeping its same, steady pace make this song a go-to for white people.

If you ever find yourself in a bar with the words “Western”, “Cowboy”, or “Ranch” in the name, odds are you’ll hear this song at least twice.

Zac Brown Band keeps it simple and easy to follow along with and sprinkles just enough patriotism in there to tickle that itch all country white people have for their country.

While Guns N’ Roses had traditionally been for an older crowd, they’ve come back strong recently with the rest of the 80s hits.

But while featuring in a Marvel movie earlier this year is already enough for white people to eat it up, Sweet Child O’ Mine has been a historical go-to for many karaoke car trips.

The fiddle returns in this 1982 classic that seems to put every white person at the bar in a better mood.

The upbeat tempo is easy enough to keep pace with and the lyrics are simple enough that even if you don’t know the words, you can sound them out and feel like you belong.

Where Come on Eileen really shines is as the song comes to an end and speeds up in a bar-style chant that makes every white person in earshot feel welcome.

The first half of these songs have all been examples of songs white people will go hard singing along with.

Livin’ On A Prayer marks the turning point on this list where white people adopt an entirely new persona.

The lyrics are generally well-known but the way white people put their soul into this song is truly breathtaking.

9. I Write Sins Not Tragedies – Panic! At The Disco

When this song comes on, instead of getting loud and excited, white people get quiet and put on their best performance faces.

This mid-2000s hit combines eloquent wordplay verses with head-banging rock choruses that enrich the soul of every white person.

Every time this song ends you’ll be sure to see white people all over the bar exhausted but thrilled with what they were just a part of.

10. Since U Been Gone – Kelly Clarkson

Another power ballad, Kelly Clarkson’s “Since U Been Gone” is a song I have never not seen performed at 100%.

It does not matter where it starts playing, the size or age of the audience, or how busy or quiet the place was before the song started.

Something very special happened on April 22, 2001: Shrek was released.

And since that fateful day, Smash Mouth has never been able to outgrow the ogre-sized shadow cast by Shrek and its association with “All-Star”.

White people love Shrek more than any other demographic and are proud of it.

Naturally, the most iconic song from one of the internet’s most iconic movies is going to hold a special place in white people’s hearts.

This song carries power over white people that trumps everything else going on at the moment.

If this song comes on halfway through a conversation, that conversation is now on pause for six minutes.

Nothing is more important than this slow first-half power ballad followed by what can only be described as beautiful chaos.

From “Mama, I just killed a man” to “Nothing really matters to me”, Bohemian Rhapsody steals the show from all white people.

Mr. Brightside sits on the opposite end of the white people’s music spectrum of Sweet Caroline.

While it does capture your attention immediately, white people know every word of this song and will happily belt it out as loud as they can, regardless of how many people are watching.

This song is a notable favorite for white people getting rowdy at a bar.

This song counts as a 2-for-1 with Village People’s YMCA.

Both songs have the innate ability to steal not only a conversation from white people; but their entire bodies.

When these songs come on, all the white people who can hear them either start to dance or immediately weigh their options as to whether or not they should dance.

If that isn’t power, I don’t know what is.

15. I Want It That Way – Backstreet Boys

You are, my fire. The one, desire.

If you didn’t read those words the way they are sung you are lying to me and to yourself.

The Backstreet Boys had a grip on the entire population in the early 2000s similar to how white people grip their iced coffees when they’re stressed out.

The main difference with this song compared to the others topping this list is that if you don’t sing this song while your white friends do, you are the fool.

Yeah, you can choose not to belt out Mr. Brightside or be a bit embarrassed to dance the Macarena, but if you ignore the Backstreet Boys, you are the odd one out.

Call it a white-people cheat sheet, call it a list of songs to avoid if you’re trying to calm down your white friends.

Either way, these songs are certified white people greats. Use them responsibly.